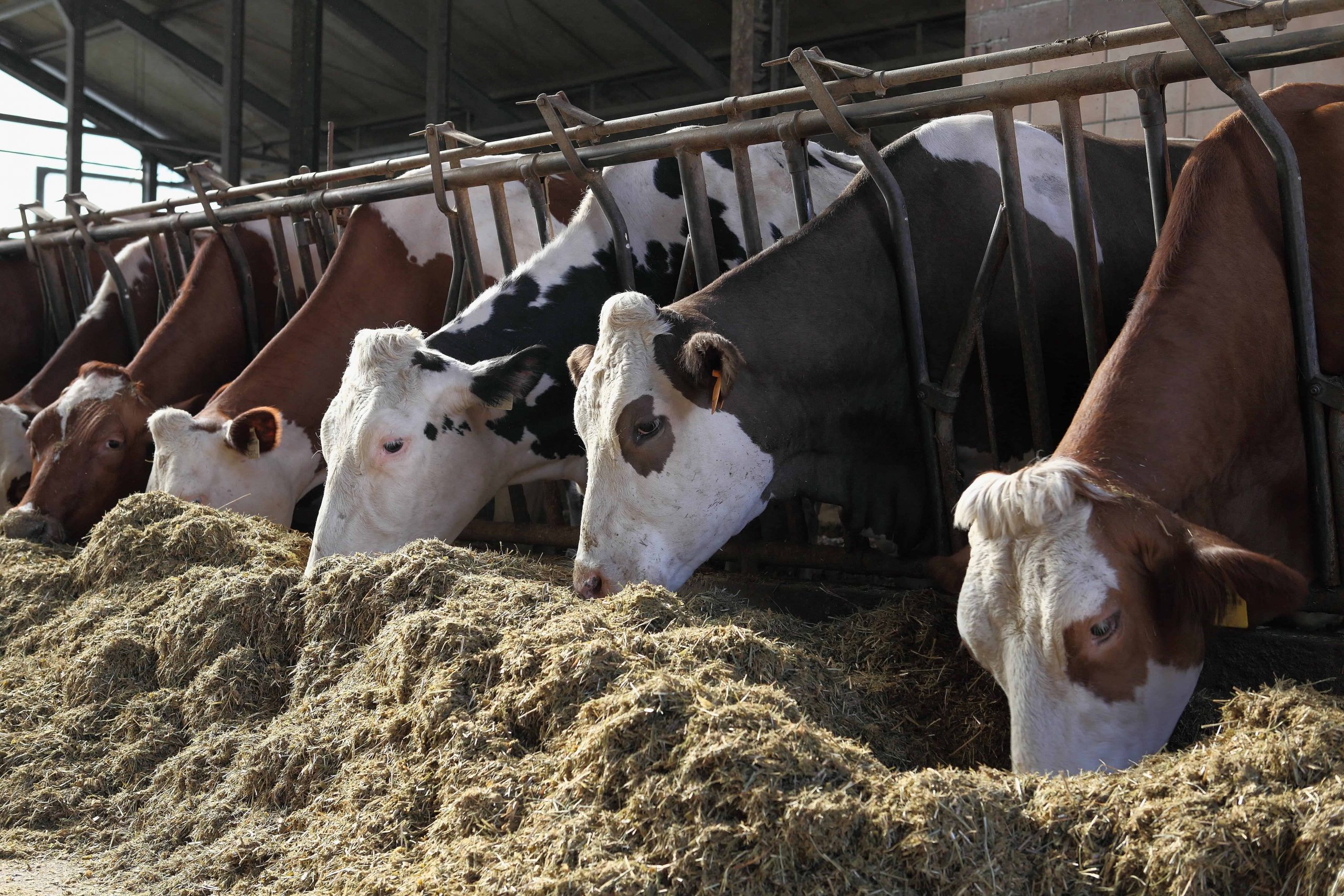 An important challenge for the 21st century is to create a sustainable food system. Dairy farmers face challenges such as limiting greenhouse gas emissions and preventing nutrient losses to the environment. At the same time, profitability remains important, and feed represents one of the major production costs on dairy farms. Therefore, to improve the resource efficiency and to reduce the environmental impact of dairy farming, improving feed efficiency has gained increasing interests.

Over the past decades, genetic selection and improved nutrition resulted in increased milk yields. At the same time, cows’ ability to digest fibres decreased by 7.5 percentage units from 1970 to 2014. However, considering the future role of a cow in a circular food system, where land use and feed-food competition are burning issues, cows’ ability to convert high-fibre diets into high quality human-edible food should not be neglected.

A feed efficient cow produces similar amounts of milk compared to another cow (same breed, parity, stage of lactation, feed composition, etc.), but with less feed. Feed efficiency, when expressed as the residual feed intake, has been shown to be a heritable trait. However, the mechanisms underlying differences in feed efficiency between individuals are not fully understood. Cows’ capacity to digest feed might be one factor explaining feed efficiency.

Feed digestibility is defined as the proportion of ingested nutrients available for metabolism (including maintenance, growth, milk production); hence, the part of the feed ingested, but not digested, is excreted in faeces. Recently, the breeding company CRV started recording individual feed intake of cows on commercial farms in The Netherlands. However, measuring between-cow variation in feed digestibility is laborious and expensive to record and thus, has not been studied on large cohorts of animals (required to estimate heritability). Furthermore, little is known about the relation between feed efficiency and feed digestibility.

Therefore, the Animal Breeding and Genetics group and the Animal Nutrition group of Wageningen University aim to study digestibility in dairy cattle. The plan is to perform this study on a large scale (circa 400 cows, in contrast to previous studies which usually include 10 to 20 cows) and on commercial farms in the Netherlands (in collaboration with CRV), to get insight into the (genetic) variation in feed digestibility and feed efficiency in dairy cows.